At What Age Should my Child Own a Phone?

When should I start getting my child a phone and how exactly should I go about it? This will be a question going through almost every parent’s mind at some point in time. It is a necessary question to ponder over as early as possible, so as not to be caught off guard by your child coming to you one day demanding a phone because his friend just had one.

The standard age today is usually at Secondary 1. However, there are parents who give the phone to their kids as young as Primary 1, for legitimate reasons.

There’s this saying – “Different strokes for different folks”. There’s no one answer to such a question because each child is different. Each child’s maturity, school environment and home environment are different. Your child doesn’t necessarily need to have a phone just because his friend just had one. Here are some factors to help you in your consideration before getting a phone for your child.

We all know this. A child must be mature enough to own a phone and be responsible for his phone. In fact, this is usually the first thing that comes to each parent’s mind when approached by a child demanding for a phone.

Is the child able to take care of his belongings well and be responsible for them? Today, if you step into a fast-food restaurant during after-school hours, you may spot a table full of phones used to reserve the table, and all their owners queuing to buy food. Can you imagine your child’s phone there? Do you think he is sensible enough not to use the phone to reserve seats? What do you think are his chances of losing the phone or damaging it?

Does the child have enough self-control to manage his time on the phone? A phone is a very distracting tool. Will your child’s studies be affected after getting a phone?

Will the child use the phone in a responsible manner? Will you catch him making prank calls or watching videos he is not supposed to be watching?

Ideally a parent can expect about 50% pass from the above questions before getting him a phone, and monitor the child for the other 50% moving forward. A parent must be allowed full access to the child’s phone at any point in time before a child can be trusted with his phone 100%.

In most cases, Secondary schools start to communicate with students through Whatsapp. Therefore, by that time your child will need to own a smartphone. You may not want to sign up for a data plan at this point in time. Most students can manage with just wifi.

However, if your child’s primary school is very digitally advanced, you may have teachers communicating with students through Whatsapp as early as Primary 4. You also may have a classroom full of students who are in a Whatsapp chat group. You may not want your child to miss out on anything. In such a situation, you likely will want to get your child a phone too, but be sure to monitor your child’s usage. For example, you may have your child’s phone with you once he is home unless it rings, or limit his involvement in unnecessary groupchat if you see him at it for the last 1 hour. You can also let him understand that you should be able to see all the communications happening on his phone. At this age, your child is prone to lose his phone. Get a second-hand phone for him for a start until he has proven that he can take care of his belongings properly.

If both parents are working and need to make sure the child is well connected to them, he may be given a phone as early as Primary 1. This is so that he can communicate with his parents directly anywhere he is, anytime.

In another instance, both parents may be working and this is the very reason why the child can’t own a phone. This is because the helper cannot effectively control the child’s usage at home, and the child lacks the monitoring required at home with his phone.

Both the above scenarios are real and valid. Therefore, it is up to the parents on what is necessary and what is the best decision to make regarding phone ownership.

No parent should fully release independence and total privacy to the child at the time he is entrusted with the phone. It is wise to communicate your expectations on his usage to him clearly, and have him understand that you should be allowed to look at his phone as and when required. Some rules must be set about phone usage. Some examples are: time spent on the phone, apps downloaded, usage of the phone during mealtimes, etc.

Children from Secondary 3 onwards generally start to develop a need for their own privacy and parents should respect that. Therefore, sometimes it may actually be a good idea to give your child a phone earlier so that you have some time to monitor him before trusting him fully with the phone without your intrusion.

Regardless of whether your child has a phone or not now, it is necessary to keep your line of communications open.

If you have already rejected your child a phone, make it clear to him that this is something that may be discussed again anytime later, just not now. As a parent, be flexible and open to changes. Our world is progressing at a rate much faster than we can imagine. If you promise a phone only 2 years later, be open to change if a need arises to give your child the phone prematurely. For example, if the school canteen changes its payment mode to digital, through phone. Your child then will need a phone to buy food. We don’t know when our society gets there, but it may just be a near future.

If you have already given your child a phone, make it clear that you can get it back anytime you feel he is not responsible in his usage. At all times, you should also be open to talk to your child about issues that he may face on the Internet. Some examples are cyber bullying; pornography; gaming addiction; meeting “friends” who mean more harm than good, etc. Do not sound too much like a nag that you put your child off, but make the conversation light while exposing the vices of the Internet to your child so that he is aware and more careful on the Internet. You can do it over dinner or when having a relaxed chit-chat session with your child. You should be keenly curious about what your child is doing with his phone in an unobtrusive manner. Always offer a listening ear more than a judgmental tongue. Make sure your child finds it safe to talk to you so that you can help him if he meets with trouble on the Internet. 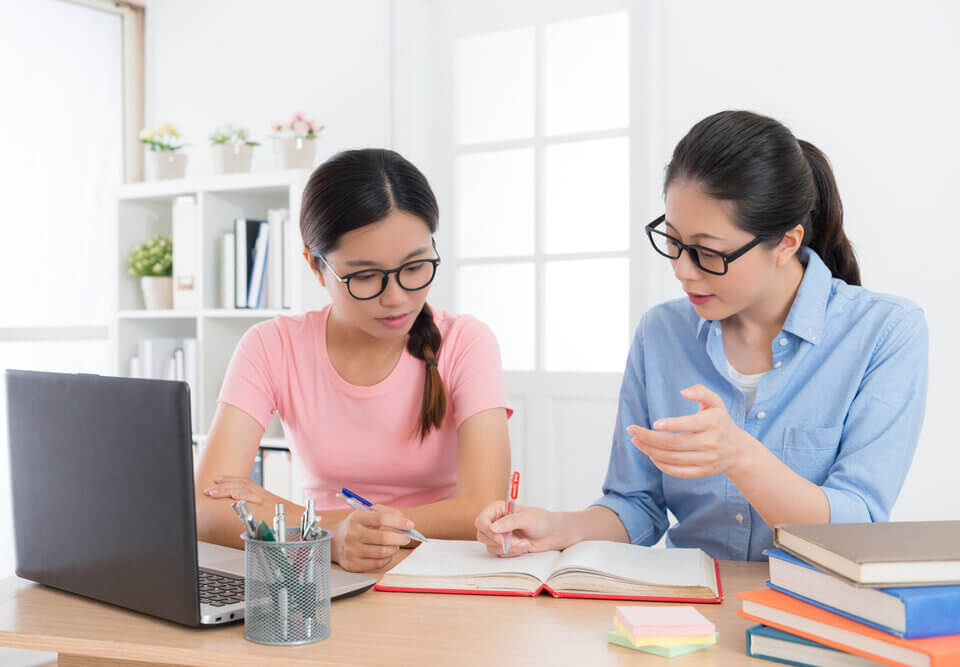 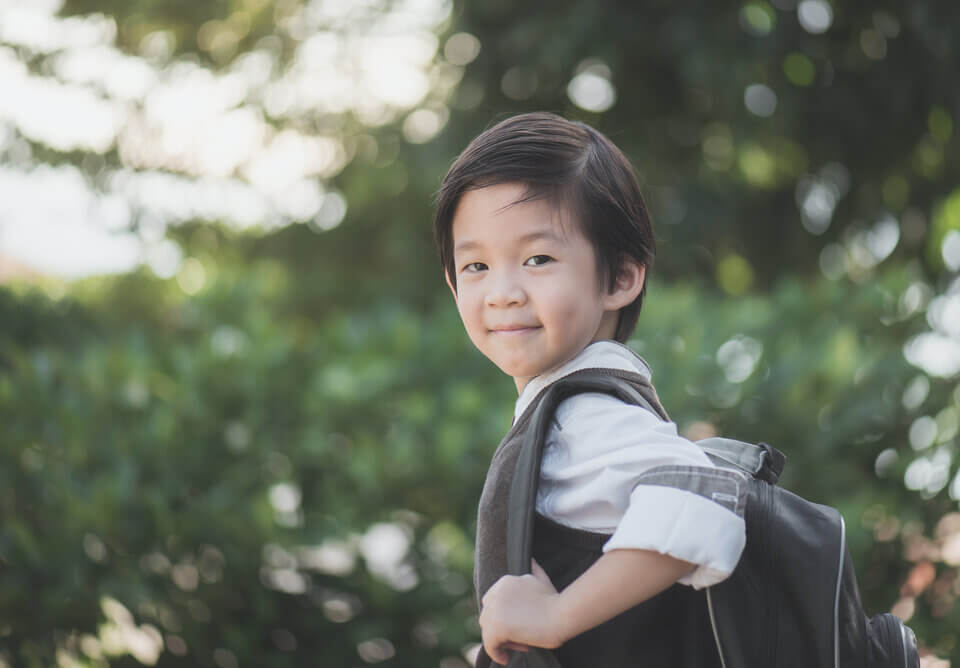 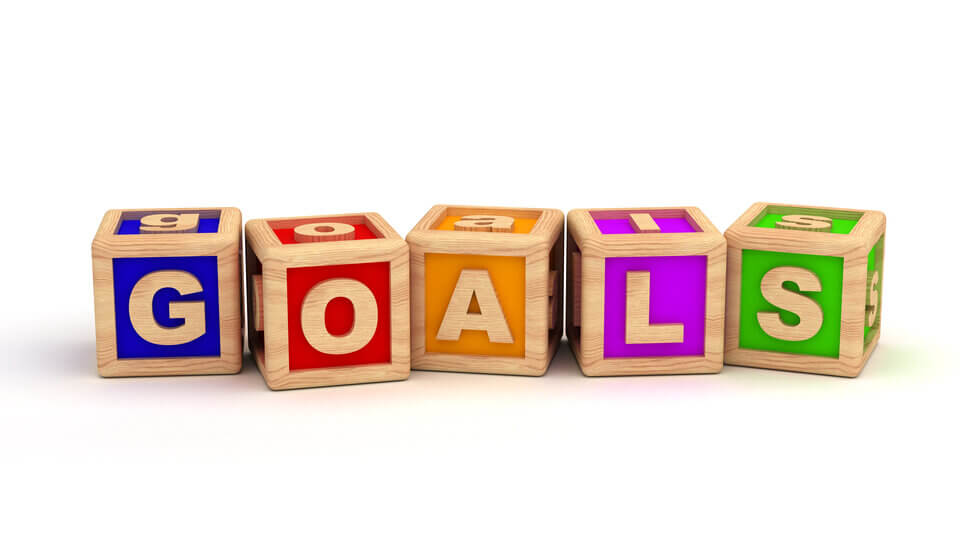 Goal Setting with your Child for the Next Academic Year